One look at the science fiction section of your local Barnes & Noble or Books-A-Million shows that war is king. After the success of such books as War of the Worlds, Starship Troopers and Star Wars (yeah, it was a book, you know), it’s only natural that every sci-fi book on the market tries to replicate that excitement. Even Star Trek, which is fundamentally supposed to be about discovering “new frontiers and strange civilizations,” has become obsessed with battles between Klingons, Romulans, and the Borg. 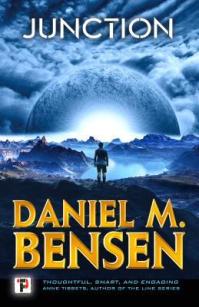 So, it was refreshing to read a couple of books recently that attempted to put some of the wonder of sci-fi back onto the written page. Junction by Daniel M. Bensen and The Sky Woman by J.D. Moyer (both from Flame Tree Press) get accolades in that respect.

Junction literally throws its human cast into a strange new world when a wormhole suddenly opens in New Guinea, allowing access to another planet just by stepping through a gateway between worlds. And The Sky Woman pits a woman from an orbiting ring station around earth into the middle of a post-apocalyptic civilization.

Naturally, complications arise in both novels.

In Junction, an international cast, led by Japanese nature show host Daisuke Matsumori, runs into trouble when their plane goes down in the alien landscape miles from their makeshift base. With little food or chance of being rescued, the group must trek through a bizarre world of unnatural creatures to get back to safety. The danger intensifies and the casualties mount up with each new region, or “biome,”  they enter. The story felt a little like that old Jules Verne novel, Mysterious Island, filled with imagination, fantastic creatures, and imaginative feats of survival. 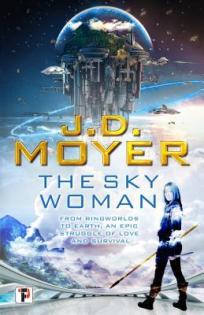 The Sky Woman had a John Carter of Mars feel to it, as our hero is dropped into a land of barbaric tribes, only to learn that it will take more than her advanced technology to escape. Throw in a few giants and a psychic ghostlike phenomenon known as “the gast” and it was easy to get caught up in this adventure.

That said, both novels also had a few shortcomings. Junction seemed to fall into a rut of getting repetitious as the group faced new creatures from one chapter to the next, while The Sky Woman took an unexpected turn midway through the novel by wasting time with more of the ring station dwellers.

But in a sci-fi field where war seems to define the genre, the originality (or old-school familiarity, if you will) of both tales made them enjoyable reading alternatives.

Thanks to Flame Tree Press for providing advance reading copies on both titles.