From historical adventures to spy thrillers, the characters and situations in these books will leave you thrilled and deeply moved.

Fall Back Down When I Die – Joe Wilkins 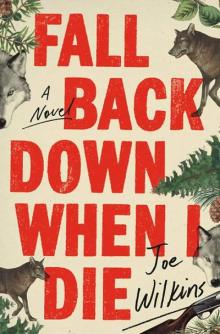 Twenty-four-year-old Wendell Newman is having a rough go of things when we first meet him in Fall Back Down When I Die, the heart-wrenching debut novel from Pushcart Prize winner Joe Wilkins. Wendell lost his father at an early age, his mother has just died after a long illness that’s left him with overdue medical bills, he owes back taxes on his parents’ property, and he has less than $100 in his bank account. His life is as bleak as the “bruised and dark” mountains of Montana in which he lives.

When a social worker unexpectedly places Wendell’s 7-year-old nephew into his care after the boy’s mother is incarcerated on drug charges, Wendell has good reason to fall further into despair. The boy, Rowdy Burns, is traumatized himself. He won’t speak, is “developmentally delayed,” and he has uncontrollable fits. But Wendell, who remains haunted by his father’s violent death years ago, sees something of himself in his young charge and a chance, perhaps, to give Rowdy the life he couldn’t have.

Wilkins  details the pair’s growing bond and sense of hope with vivid, heartfelt strokes, while ultimately asking if it’s possible to escape the fate—and the land—they were born into.

Read the full review at BookPage 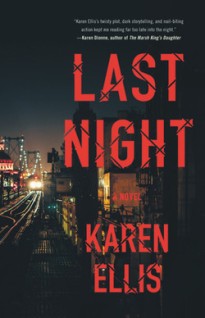 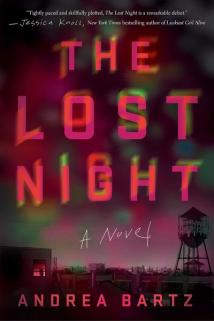 One night can change everything. For better. For worse. Forever.

The characters in two new novels from Karen Ellis and Andrea Bartz experience the immediate and long-term ramifications of ill-spent nights to drastic effect. In Ellis’ novel, Last Night, the distinctly different lives of Titus “Crisp” Crespo and Glynnie Dreyfus intersect in unexpected and unfortunate ways when they attempt to purchase weed from a shady supplier. Meanwhile, Lindsay Bach struggles to piece together the fleeting memories of a tragic night ten years earlier in which a college friend, Edie, committed suicide in Bartz’s The Lost Night. Both novels offer mystery, suspense and unforgettable characters caught up in situations that swiftly spiral beyond their control.

Read the full review of both novels at BookPage. 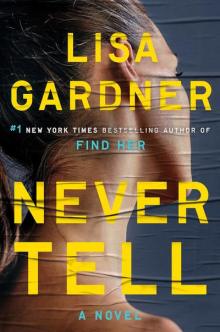 Flora Dane, the tough-as-nails survivor of a traumatic kidnapping, is back in Never Tell, the twisty new thriller from the always reliable Lisa Gardner.

For the unfamiliar, Flora leapt into readers’ hearts in Gardner’s 2016 bestseller, Find Her. In Never Tell, Flora, though still haunted by the abuse she endured while captive to Jacob Ness for 472 days, is working as a confidential informant for the Boston Police Department. But when businessman Conrad Carter is shot dead at the alleged hands of his wife, Evie, Flora’s past trauma comes racing back.

Gardner gives plenty for readers to ponder as Flora’s ordeal is only part of the myriad mysteries and surprises in store in her latest novel. 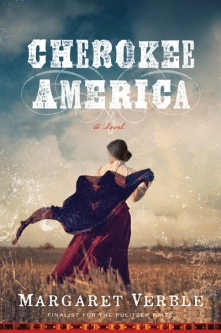 Set shortly after the Civil War in 1875, Cherokee America by Margaret Verble revolves around Check Singer and her journey from Tennessee to Cherokee land in Oklahoma. The story also follows her extensive family, including her ailing, bedridden husband, Andrew, and their five children—Connell, Hugh, Clifford, Otter and Paul, ranging from school-aged to grown up—as well as their hired help, assorted friends and neighbors. Check’s mission throughout is simply getting through the day with only a modicum of trouble, but with the ready admission that “trouble breeds trouble.”

Verble ably balances an impressive cast and multiple storylines, taking  time to explore each’s feelings and tribulations, with Check at its grounded center. Readers shouldn’t expect to fly through these pages at breakneck speed, but rather enjoy a more leisurely pace that will leave them wholly immersed in Check’s world. 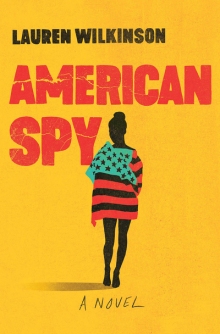 Lauren Wilkinson’s debut novel, American Spy, chronicles the life of a black woman recruited to the CIA during the height of the Cold War. The CIA needs Marie to get close to and undermine Robert Sankara, the revolutionary president of the tiny West African nation of Burkina Faso.

At first, Marie is reluctant to accept the job, but her desire to make something more of her life—and perhaps her despair over the mysterious death of her sister—convinces her otherwise.

Taking on the task becomes more than complicated, however, when she develops a real affection for Sankara, who will eventually father her two boys, thereby causing her to question her loyalty to the U.S. and its policies.