It really doesn’t matter that The Wolf Road by Beth Lewis is set in a post-apocalyptic world; it could have been set during the early frontier of America. What matters is the exciting, gritty journey Lewis and her main character, Elka, take you on. 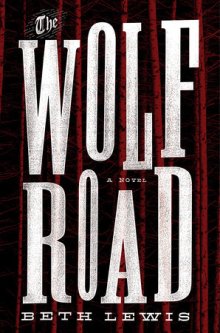 From the first page, readers will be hooked by Elka’s story of survival against both man and nature. But perhaps more importantly, what draws you in is Elka’s stonecold determination, gritty individualism, and her wild vernacular.

After a vicious storm separates her from her Nana, seven-year-old Elka is taken in by a grisly, hardened man called Trapper who raises her over the next ten years in the ways of the wild. He teaches her how to hunt, fish, build a fire, take shelter from the cold, and survive against the most demanding of odds. What he doesn’t teach her is anything about right or wrong, love or respect. There’s no place for that in their world.

Still, when she learns Trapper, whose real name is Kreager, is wanted by the law for murder, something inside her senses his betrayal and his evil intentions. Before long, she’s on the run from both his crazed quest for vengeance and the law pursuing him. She quickly abandons the home she has grown accustomed to and begins a quest of her own, to find the parents who left her a decade ago. Her journey is fraught with peril as Kreager closes in and as nature itself threatens to destroy her, whether by cold, hunger, or beast.

Lewis masterfully puts readers into Elka’s head through her first-person account of events and thoughts. As an uneducated narrator, Elka has a distinct voice and dialect that carries the narrative in an oftentimes blunt, yet powerful fashion. (Lewis wrote a column for Writer’s Digest about how she gave voice to Elka that is a fascinating how-to for both writers and readers.)

Elka’s journey takes her hundreds of miles to the north where she encounters other human settlements and other human foes. She makes a friend in the more educated Penelope, who teaches her the alphabet. But when her past and present collide, the point of her knife and the bullet in her gun is the only language she really needs.

I received this book from Blogging for Books in exchange for this review.