I’ve been a bit remiss in posting reviews to this site, though I’ve been actively posting on other sites. So, let’s catch up on some of my latest book reviews, shall we?

Fool Me Once – Harlan Coben

Maya Stern was a firsthand witness to her husband’s brutal murder by a pair of thieves, so how is it possible that he would be seen days later, playing with her two-year-old daughter, on footage captured by a nanny cam? Finding the answer, and perhaps even her husband, propels the riveting narrative of Harlan Coben’s new thriller, Fool Me Once (Dutton, $28). 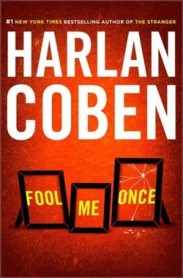 When the picture card inside the nanny cam goes missing, Maya has no evidence to back up what she saw, and anyone she tells is more than reluctant to believe her. But Maya, a former Army captain with plenty of command experience, isn’t one to just let things go.

She naturally takes it upon herself to get to the truth, following a trail of clues past and present, uncovering new twists in the puzzle along the way.

Fool Me Once is the first of Coben’s 25 novels to be told entirely from the perspective of a female protagonist, resulting in a new experience for longtime fans and an excellent jumping-on point for new readers.

You won’t want to close the book on this one. The new thriller by Michael Robotham, Close Your Eyes (Mulholland, $26), is reason to stay up late.

Clinical psychologist Joseph O’Laughlin is reluctant to once again take on the role of detective—after seven previous adventures, he thought he’d given it up to live out a peaceful retirement—but when a former student, Milo Coleman, calling himself “the Mindhunter,” begins to jeopardize the police investigation, he can no longer stand by idly. With his reputation in danger, Joe sets out to smooth over the ruffled feathers of the police and to calm a groundswell of public anger over the brutal unsolved murders of a mother and her teenage daughter.

The mystery and suspense is reason enough to keep reading, but Robotham ups the ante with a rousing family drama that adds an emotional complication to his lead’s life.

The Watcher in the Wall – Owen Laukkanen

Words can hurt, and in the case of Owen Laukkanen’s compelling, thought-provoking new thriller, The Watcher in the Wall (Putnam, $26.95), they can be enough to kill. 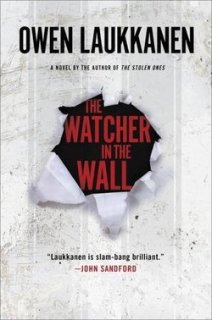 Laukkenen’s recurring FBI agents Kirk Stevens and Carla Windermere pursue an Internet troll who encourages fragile teenagers to commit suicide, while recording their final moments via webcam for a black market on the dark web. The case takes on a deeper meaning for Windermere, who continues to berate herself over a past mistake in which she stood by as a fellow classmate was bullied in school to the point she one day never came back. Catching the predator in this case serves as a chance, however slight, for redemption.

Laukkenen’s fast-paced prose and short chapters pull readers along on a cross-country pursuit to identify the predator behind the online suicide forum and stop him before he can rack up more victims.

Interestingly, in the acknowledgements, Laukkanen admits he also dealt with depression and suicidal thoughts as a teenager, making the book even more deeply personal.

If it weren’t for the unexpected death of her twin sister, Ginger, Danny Cleary—the heroine of Barbra Leslie’s new novel Cracked (Titan Books)—might still be holed up in her apartment mindlessly wasting away on crack cocaine. Sadly, her sister’s death is just the shot in the arm Danny needs to kick the habit—at least for a chapter or two—and seek vengeance on the person who killed her. 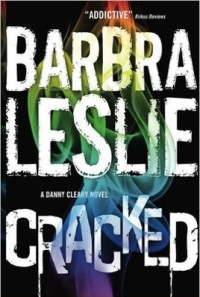 Leslie has created an anti-hero to root for in the vein of Walt White from Breaking Bad: a tormented, down-on-herself woman who would much rather seek solace from the fumes of her crack pipe than deal with people face-to-face, or with life in general. But when her sister’s own twin sons are kidnapped as well, Cleary abandons the relatively safe confines of her half-life to embark on a trippy, vigilante-styled quest for vengeance that takes her from the streets of LA to Toronto to a family cabin in the Maine wilderness.

Leslie piles on enough twists and turns and action-packed shoot-‘em-ups to keep readers turning pages late into the night.

Read the full review at KillerNashville.com